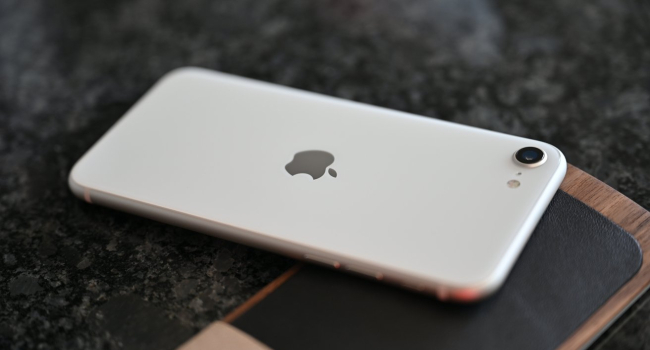 Which iPhone models are users most satisfied with, and why aren't there any new models among them?

The iPhone SE has taken the top spot in the ranking of Apple devices, compiled by the popular AnTuTu benchmark based on user satisfaction. The newest smartphone that appeared in the ranking is the iPhone 12 mini. But newer models, including those released this year, are not there.

The user satisfaction rating of the iPhone SE is almost 98%. The first generation of these smartphones was released in 2016, the second in 2020, and the third in 2022. The iPhone SE is considered the most affordable Apple smartphone, in addition, its compact size is very attractive for people who are not used to huge devices. 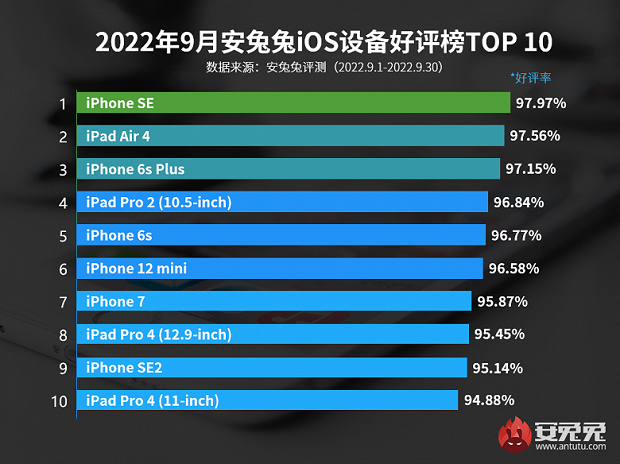 The second place in the ranking was taken by the iPad Air4 tablet, which was released on September 16, 2020.

Third place went to the old iPhone 6s Plus, which was released in 2015, but still seems to be quite popular.

All of the models listed above received more than 97% positive reviews.

But the newest smartphones in the iPhone 14 series and even last year's iPhone 13 did not make it into the ranking.

The iPhone 14 smartphones have more problems than we would like, and many people are dissatisfied with them for quite obvious reasons.

For example, the iPhone 14 does not have a dual-frequency GPS module, which can be accurate up to 3 meters. The single-frequency GPS is more susceptible to interference, and its accuracy is about 5 meters.

Besides, Apple’s new smartphone does not actually differ much from last year's model. Some changes, of course, can be seen: the screen became bigger, the processor is a little faster, and the camera is slightly improved. But otherwise, it is the same smartphone, and therefore many users simply do not see the point of changing the old one for the new one.

Many people were also disappointed by the absence of "mini" models in the new iPhone 14 series, although there was such a smartphone in last year's line. People clearly like compact smartphones, and it is no coincidence that the first place in the ranking AnTuTu was taken by the iPhone SE.

No wonder the sales of the new iPhones are so weak: many people do not understand why they have to pay for a new device, which has few advantages compared to the old one, especially if the new ones have problems, too.

The iPhone 14 Pro and iPhone 14 Pro Max are selling better than the iPhone 14, but users are not very happy with them either. In particular, Verizon-operated smartphones can drop calls spontaneously and also have a poor signal. Moreover, the appearance of the iPhone 14 Pro deteriorates very quickly, the back panel is very vulnerable to damage, and the matte layer comes off the back easily.