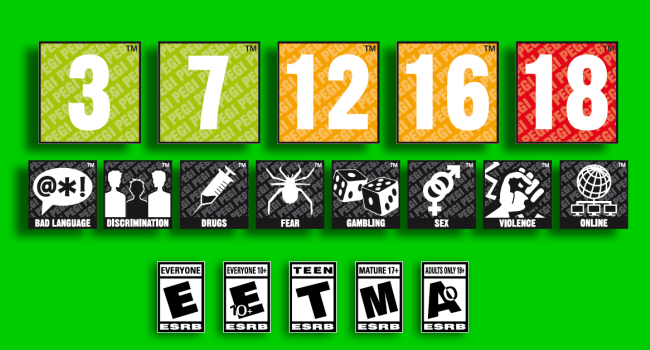 Russia wants to create its own age rating for video games

Russia plans to introduce its own age rating for video games and make it mandatory. This initiative is expected to be included by the end of the year in the federal project "Normative-legal regulation" within the framework of the national program "Digital economy".

The office of Russian Deputy Prime Minister Dmitry Chernyshenko said that the proposed changes are aimed at "preventing the uncontrolled spread of destructive information among children."

According to the Kommersant newspaper, the federal law "On the protection of children from information harmful to their health and development" already established certain requirements for age marking of content in Russia, which, however, only partially applies to video games.

On the other hand, many experts fear that checking all games will lead to increased costs, the burden of content regulation will also increase, and there is a risk that excessive regulation will have a negative impact on the development of the online games industry, as companies will have to expand their legal departments to check the compliance of their products with the legislation.

It is not yet known what the proposed marking is or how games will be categorized. However, it is expected that the introduction of an age marking system can be expected by early next year.

Why do we need an age rating for video games?

The main problem here is that different platforms categorize games differently. As a result, the same game may be presented as a game suitable for 10-year-olds on one platform, but may be called a game for older children on another. What's more, the markup set by an app store or other platform doesn't always match what the game developer recommends. For example, Clash of Clans in the Google Play app store is labeled as "for all ages 10 and up," while the developer of this game states that it is for children ages 13 and up because the game has a chat feature and built-in purchases.

What are the age restrictions for video games today?

Today, different age ratings are used not only on different platforms, but also in different countries.

For example, PEGI labels are mostly used in Europe and Asia.

Entertainment Software Rating Board (ESRB) ratings are mostly used in the United States.

The app stores use the following tags:

- 9+ - May contain content not intended for children under 9 years old,

Google assigns age labels to all Play Store apps as required by the International Age Rating Coalition (IARC). This means that when you visit the app store, you see the age ratings that apply to your region.