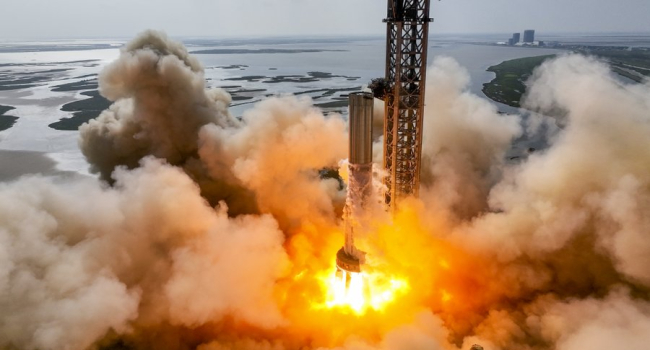 In just two or three years, the Starship spaceship being developed by SpaceX will transport astronauts to the Moon, and in the future it will fly to Mars.

Now SpaceX is preparing the spacecraft for flights and testing it. The company has tested 11 engines of the first stage of the Super Heavy—the Booster 7 version—rocket as part of preparations for the test flight in the near-Earth orbit. The test lasted 13 seconds, with the engines running statically.

Elon Musk, the head of SpaceX, announced this on Twitter. He shared the respective video posted on SpaceX's account and wrote that this is "A little more progress to Mars."

The testing of 11 of the 33 engines of the Raptor 2 type took place on Tuesday in Texas, and it lasted—as already mentioned—13 seconds. But this test did not set a new record for the number of engines being tested, as on November 14 SpaceX had tested 14 engines. However, the latest test is considered to be the longest. And the most important thing is that it went without explosions and any other problems.

If all goes according to plan, in the near future—and after a few more static tests—, the first ever orbital flight of the Starship will take place. Both Booster 7 and Ship 24, the 50-meter prototype of the Starship's second-stage engine, are expected to take part in it, according to Space.com. All six Ship 24 engines have already been tested during a static test on September 8.

If the orbital flight is successful, Starship—with its first Super Heavy engines—will officially be considered the most powerful rocket in the world. For now, that title belongs to NASA's Space Launch System (SLS) rocket, which was used during the Artemis 1 lunar mission. The SLS uses a combination of two interconnected and solid-fueled main-stage rocket boosters, and it consists of four reprofiled RS-25 engines that produce 8.8 million pounds of thrust to propel the Orion spacecraft into space. With 33 Raptor 2 engines already, the Super Heavy will be able to produce 17 million pounds of thrust, almost double the SLS's capacity. And the Starship, which has six Raptor 2 engines, will be able to carry more than 990,000 kilograms of cargo into low Earth orbit.

The Starship itself is expected to participate in Artemis' next missions. Just last year, NASA decided that in 2025, Starship should be used in order to carry out the first mission with the landing of people on the Moon. Moreover, NASA has decided to entrust SpaceX with the second mission—which is scheduled for 2027—to land astronauts on the Moon.