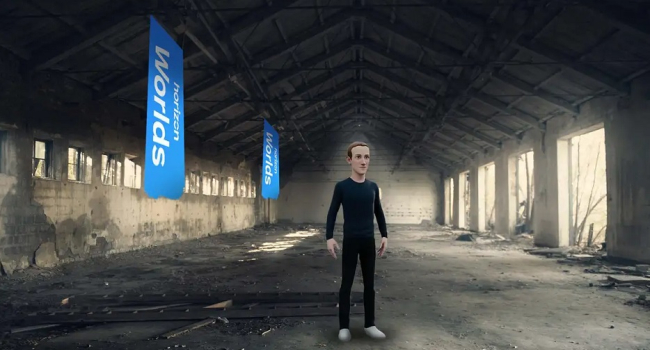 Zuckerberg's metaverse does not live up to expectations. Why is Horizon Worlds uninteresting to users?

Last year, Mark Zuckerberg renamed his company Meta Platforms because he was convinced that the future of technology was the metaverse. However, Horizon Worlds, the flagship project of the company, does not seem to live up to the expectations of the developers; it is not particularly interesting to users, even company employees hardly ever visit Horizon Worlds.

Horizon Worlds is a collection of virtual worlds where users, or rather their avatars, can play, chat, create, and shop. In theory, that sounds pretty interesting. But in practice, the project did not turn out to be very appealing. Initially, Meta planned to have 500,000 active users by the end of 2022, but later had to lower the bar to 280,000.

However, even so many users are still not using the project. According to the Wall Street Journal, Horizon Worlds currently has less than 200,000 monthly active users, although Meta reported 300,000 users in February.

According to internal statistics, only 9% of worlds in the metaverse have at least 50 visitors per day, whereas most of the rest of the worlds have been empty since creation. Furthermore, most Horizon Worlds users abandon the app after the first month of use.

There is no monetization in Horizon Worlds yet, and this has disappointed many users. On other social media platforms, bloggers can earn money, for example, by advertising various brands, but there is no such possibility in the new project.

Developers of some worlds can get some payments from Meta, but of course it is still far from the desired level of monetization. According to company filings, the most profitable of Horizon's worlds received a total of about $10,000 in "interworld payments."

Many users consider that the lack of interesting worlds and interlocutors to communicate with is also a big drawback of the project.

Many people also complain about the appearance of the avatars, and especially the lack of legs (although it seems they promised to solve this problem).

Another issue is that Horizon Worlds users must have VR headsets like Meta Quest. First, not everyone can afford them. Second, it seems that users are not particularly interested in these devices either, as the demand for them also decreases, and more than 50% of buyers stop using them after six months.

Does Horizon Worlds have a future?

Meta views the metaverse as a multi-year, scalable project that will continue to evolve and improve (last month the company halted the launch of new features until the existing ones are improved). Anyway, the company itself continues to believe that the future belongs to the metaverse.

However, so far everything shows that the worlds of Horizon Worlds in their current form are not interesting to users.