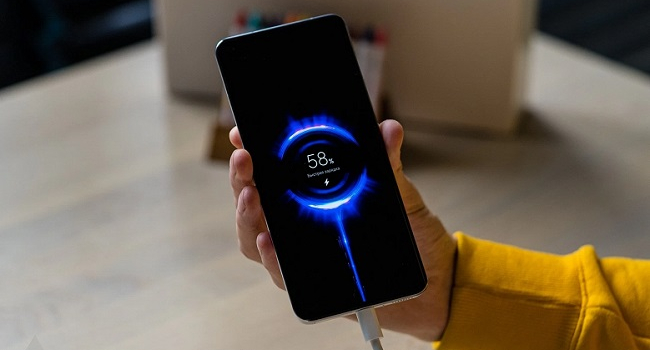 New technology will charge your smartphone in 10 minutes

The technology for fast charging smartphones already exists today: in just six minutes you can charge a fully discharged battery up to 80%. However, this technology, according to an insider under the nickname Digital Chat Station, is not the limit: next year, according to him, there will be a new technology that will allow to fully charge a smartphone in less than 10 minutes.

Smartphones have been a part of our daily lives for quite some time now, and there are so many devices with so many different characteristics that it's hard to choose which one to buy. However, there is a problem that no smartphone manufacturer has yet been able to solve: namely, long battery life.

Because smartphones are relatively small, it is not possible to equip them with huge batteries, which will last at least a few days. Therefore, developers are trying to approach this problem from another angle and provide new phones with fast charging.

Even today, there are smartphones, which charge quite fast. For example, the Vivo iQOO 10 Pro, released in July, has an ultra-fast charging capacity of 200 watts: the 4,700 mAh battery fully charges in just 10 minutes.

The Xiaomi Redmi Note 12 Pro+, due out in October, is rumored to support 210-watt charging.

Digital Chat Station is confident that phones coming out next year will charge even faster – in minutes.