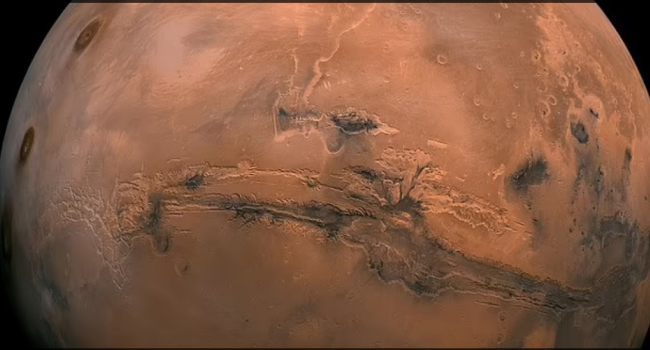 Scientists find new evidence for liquid water on Mars: What could this mean?

An international team of researchers has found new evidence for the possible existence of liquid water beneath the southern polar ice cap of Mars. This discovery can be considered a real breakthrough in the decades-long attempts to find out if there was once life on the Red Planet.

There may be liquid water on Mars: How did scientists come to this conclusion?

Researchers led by specialists at Cambridge University measured the shape of the upper surface of the ice cap using the spacecraft's laser altimeter to determine its elevation patterns. As it turned out, the results were consistent with the predictions of a computer model of how the mass of water beneath the ice cap would affect its surface. 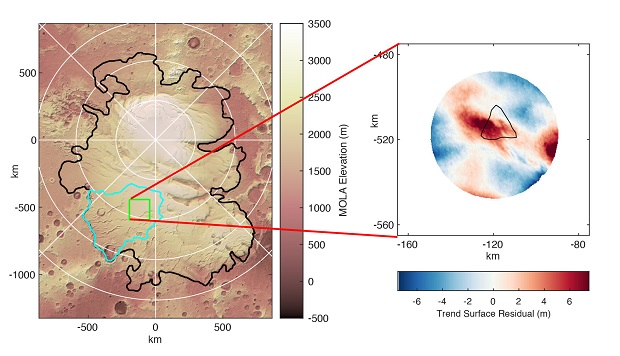 The scientists' findings are consistent with earlier radar measurements penetrating the ice, which, according to initial interpretations, indicated the potential presence of a region of liquid water beneath the ice. However, scientists did not consider this to be sufficient evidence: some argued that it was impossible to judge the presence of water on the planet based on radar data alone, while others said something other than liquid water might have caused the radar signal.

Like Earth, Mars has thick water ice caps at both poles. However, on Earth there are water-filled channels and even large subglacial lakes beneath the ice caps. As for Mars, until recently it was thought that because of the cold Martian climate, the polar ice caps there were frozen to the ground.

In 2018, data from the European Space Agency's Mars Express satellite challenged this assumption. The satellite has an ice-penetrating radar called MARSIS, which can look through Mars' southern ice cap. It identified an area at the base of the ice that was highly reflective of the radar signal, and scientists thought there was a region of liquid water beneath the ice cap.

However, subsequent studies have shown that other types of dry materials that are present on Mars can give similar reflectivity characteristics if they are under the ice cap.

Given the cold climate conditions, liquid water under the ice cap would require an additional heat source – such as geothermal heat within the planet – at levels higher than expected for Mars in its current state. Therefore, scientists doubted the correctness of the conclusions about the presence of water on the planet. 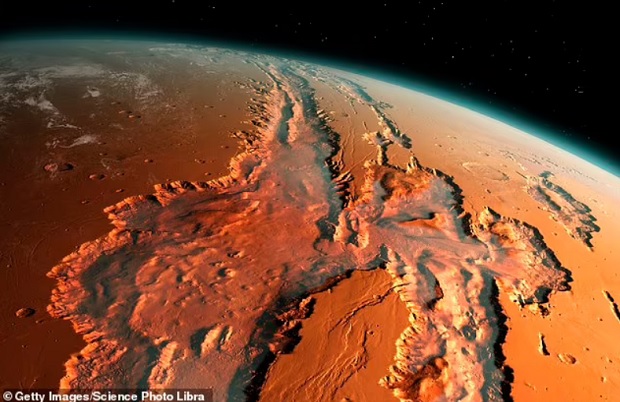 The results of the new study, published in the journal Nature Astronomy, can be considered the first independent evidence of liquid water on Mars based on more than just radar data.

“The combination of new topographic data, our computer model and radar data indicates a higher probability that at least one area of subglacial liquid water exists on Mars today, and that Mars must still be geothermally active to maintain water in a liquid state beneath the ice cap,” said Professor Neil Arnold of Cambridge's Scott Polar Research Institute, who led the study.

On Earth, subglacial lakes influence the shape of the ice sheet on them and the topography of its surface. Studying the surface of the ice sheet at the south pole of Mars, scientists noticed a 10-15-kilometer waviness of the surface, consisting of a depression and elevation, which differs from the surrounding ice surface by several meters. The same waviness can be seen over subglacial lakes here on Earth.

The team of scientists then tested whether the observed waviness on the ice surface could be explained by the presence of liquid water on the bottom.

They created a computer model of the ice flow, adapted to the specific conditions on Mars. They then inserted a section of reduced friction into the bottom of the simulated ice sheet, where water, if present, would allow the ice to slide and accelerate.

Scientists also varied the amount of geothermal heat coming from inside the planet. These experiments resulted in irregularities on the simulated ice surface that were similar in size and shape to those the team observed on the real ice cap surface. 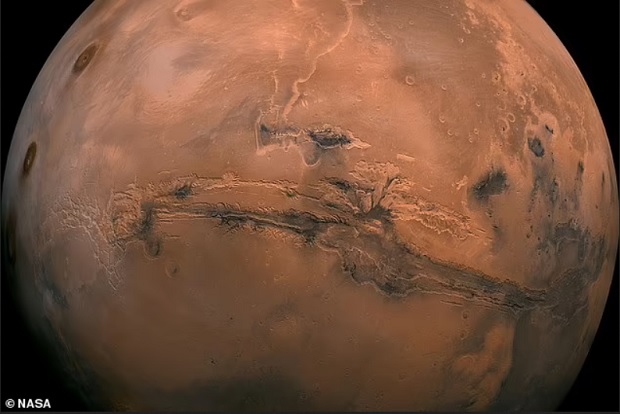 Was there life on Mars?

If there really is liquid water on Mars, does this mean that life once existed on this planet?

According to scientists, liquid water is certainly considered an important condition for the presence of life on the planet, but its presence does not mean that life was actually there.

In addition, the temperature on Mars is very low, and for water to remain liquid at such temperatures, it must be very salty. And that would make it difficult for microorganisms to live in it.