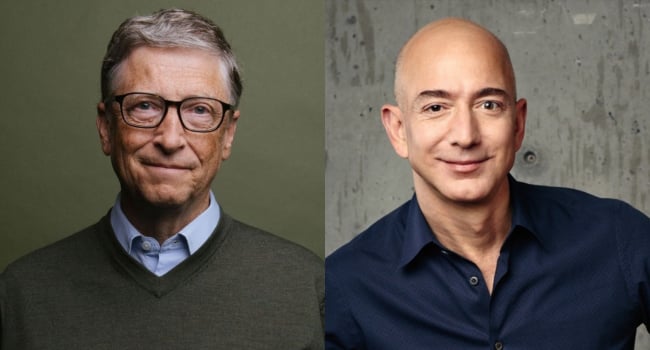 Gates, Bezos invest in startup that creates chips to implant in human brain

Billionaires Bill Gates and Jeff Bezos have invested in the startup Synchron, which develops chips to implant in the human brain to help people with health problems.

As reported by Bloomberg, the total investments in this startup have amounted to $145 million. And in addition to Gates and Bezos, ARCH Venture Partners, Khosla Ventures, and several other companies are among these investors.

Synchron develops endovascular chips designed to be placed inside blood vessels in order to help patients with various brain injuries—such as stroke. With the help of special chips implanted in the brain, people with such problems should be able to communicate with others.

Synchron was founded in 2016 by Dr. Tom Oxley and Professor Nick Opie. It is based in New York, but the company's research and development departments are located in Melbourne, Australia.

Nick Opie has been working on this idea for over a decade. The chip implantation technology he developed does not involve open brain surgery, but instead uses a minimally invasive procedure: the chip is implanted in one of the blood vessels close to the brain.

Synchron's technology is now in clinical trials in the US, where the technology is being tested for everyday tasks such as texting, emailing, online shopping, etc.

The company Neuralink, which belongs to Tesla and Twitter owner Elon Musk, is also active in this industry, and it plans to start testing brain implants on humans as early as 2023. Musk had said in early December that ongoing talks with the US Food and Drug Administration have gone well enough that the company can already aim to conduct the first human trials within the next six months. The relevant documents have already been sent to the competent supervisory authorities.

Neuralink is now working on developing a product that consists of a small device and wires with electrodes, as well as a robot that must cut a section of a person's skull in order to implant the chip in the person's brain. The purpose of the device is to help people suffering from the effects of a stroke. Thanks to the device, they will be able to communicate and express their thoughts through a computer.

Neuralink is engaged also in the development of special chips to be implanted in the human spinal cord, and which shall help people who are deprived of the ability to walk again.

The Neuralink technology startup was also created in 2016, but for a long time it remained Musk's most closely guarded business. There were virtually no details about the company until 2019, when Musk posted a photo of a rat with a brain implant.