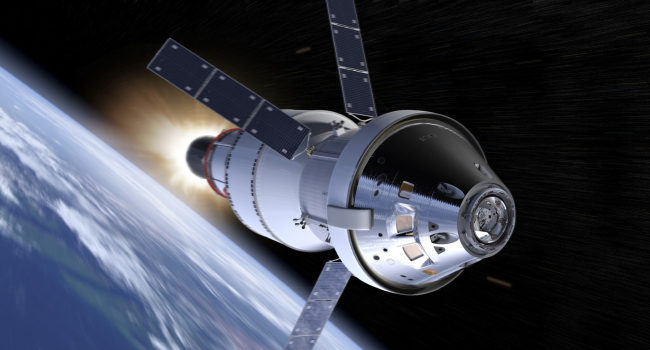 The Orion spacecraft has left the Moon’s orbit and is already returning to Earth. The spacecraft now faces an almost 10-day journey home. It is scheduled to land in the Pacific Ocean on December 11.

According to Space.com, NASA and the U.S. Navy have already begun preparations for an operation that will extract the spacecraft from the ocean. This operation will mark the end of the Artemis 1 mission.

The mission Artemis 1 was launched November 16: As part of its spacecraft Orion was launched on a super-heavy launch vehicle SLS. On November 21, Orion made the first video of the moon and the same day entered its orbit and approached the surface at the closest possible distance - 130 km. Then the spacecraft was on the far side of the Moon for some time and, as expected, communication with Earth was lost.

A few days after the start of the mission, the craft made its first video of the Moon, and later, when it approached its surface, it took beautiful pictures of the satellite's surface. From deep space, flying through a distant retrograde lunar orbit, Orion videotaped the Earth and the Moon.

The main purpose of this mission is to test the SLS launch vehicle and Orion spacecraft to make sure both work properly and are safe for carrying astronaut crews into deep space.

If Artemis 1 succeeds, it will be followed by Artemis 2, which will orbit the Moon in 2024. And in 2025, as part of the Artemis 3 mission, astronauts will be able to land on the lunar surface. In this mission, however, will not be involved SLS and Orion, and the Starship, which is being developed by SpaceX, and its first stage Super Heavy. Recently the company just successfully conducted a 13-second static firing test of 11 of the 33 Super Heavy engines.