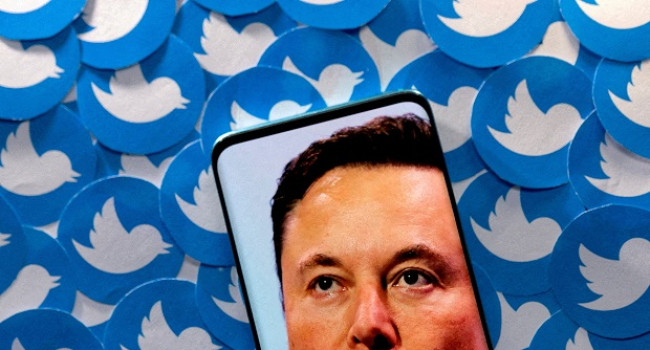 The ultimatum Elon Musk sent to Twitter's staff the day before did not seem to have quite the effect its author expected. Employees who were offered to work "long hours and high intensity" or to quit their jobs began to quit en masse.

Moreover, the company's offices were closed till November 21 for an unknown reason: there is a speculation that the management is afraid that employees may sabotage their work against the background of the recent events.

According to BBC, Twitter employees received a new letter saying that the company's office buildings will be temporarily closed until November 21 and employee badges will be deactivated.

The letter also asked employees to continue to abide by company policy and refrain from discussing confidential company information on social media, in the press or elsewhere. 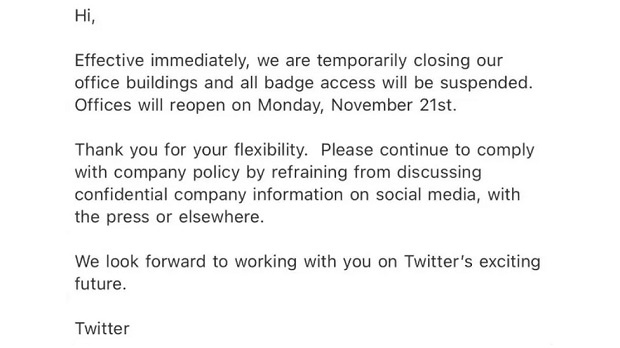 Twitter Managing Editor Zoe Schiffer also said the offices were temporarily closed. She also added that "Elon Musk and his team are terrified employees are going to sabotage the company. Also, they're still trying to figure out which Twitter workers they need to cut access for."

According to Reuters, after Musk's ultimatum yesterday, about 180 employees took part in a "survey" organized by the Blind app, of which at least 42% decided to leave the company. And only 7% agreed to work "long hours and high intensity."

According to The Verge, remaining and departing Twitter employees say that, given the scale of the recent layoffs, we can expect "Twitter to start breaking down soon." According to employees - and many experts - the consequences of so many disgruntled employees leaving could be dire, and the company will have a very hard time recovering, no matter how "hardcore" will work those who will choose to stay.

The company originally had about 7,500 employees, of which Musk laid off 3,700 when he barely bought Twitter. In addition, Musk fired employees who openly criticized him. As the media reports, at least 10 people were fired for their critical statements in the corporate messenger Slack. It seems that even the company's management does not know how many employees remain at Twitter at the moment. And it is also unclear how they will cope with the volume of work, which was initially performed by 7,500 people.

The company's finances are also in trouble: since Elon Musk bought Twitter, many major advertisers (L'Oréal, General Motors and others) have decided to stop placing ads on it, and this, according to dw.com, has predictably led to a decrease in revenue.

It is no coincidence that many employees say that what is happening at the company looks like "the beginning of the end," and Twitter itself now reminds them of the sinking Titanic.