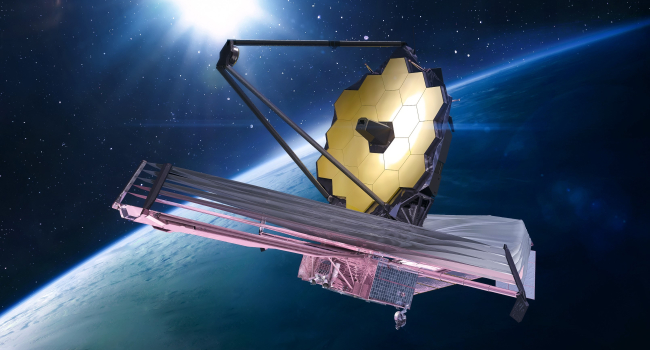 With the help of the James Webb Space Telescope, scientists have studied the chemical composition of molecular clouds before stars formed. The European Space Agency reports on the results of the work of the space telescope team.

An international team of astronomers has presented the most detailed analysis to date of ice particles inside a molecular cloud. James Webb's observations reveal the composition and concentration of molecules that form the basis for future exoplanets and stars.

Scientists studied the cold and dense regions of the Chameleon I molecular cloud, about 500 light-years from Earth. In addition to the water ice common to Earth, researchers have found frozen forms of a large number of different molecules, from carbon dioxide, ammonia, and methane to methanol (methyl alcohol), the simplest form of a complex organic substance.

Also, the researchers found traces of organic molecules that are more complex than methanol. Although astrophysicists have not yet been able to determine exactly what these molecules are, this clearly indicates that relatively complex prebiotic organic molecules form in clouds of dust and gas even before stars are “born.”

The results provide insight into the initial, chemically dark phase of ice formation on interstellar dust grains, which will later transform into centimeter-sized rocks and then into protoplanetary disks, said Leiden Observatory astronomer and study co-author Melissa McClure.

Scientists note that in such cold and dense regions, most of the light from the background star is blocked. To study the composition of molecular clouds, the researchers needed the sensitive optics of the James Webb Space Telescope. Scientists have identified and studied molecules based on how weakly they absorb starlight at certain infrared wavelengths.

The authors of this study believe that the results of the observation will help to better understand the formation of simple and complex molecules necessary to create building blocks and form habitable exoplanets.