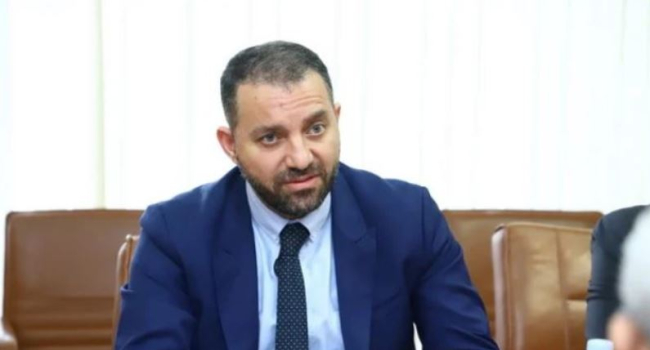 Armenia economy minister: Adoption of support program for IT sector is matter of days, sector will get ‘oxygen’ in form of subsidies

Since September, the Ministry of Economy of Armenia has put into circulation the support program for the IT companies, this is in the final stage of discussion with our partners in the government, and I believe we will have a decision in the next few days. Minister of Economy Vahan Kerobyan told NEWS.am Tech about this during Wednesday’s celebration of the 15th anniversary of the Investment Council (IC) of Armenia of the European Bank for Reconstruction and Development.

According to him, this will enable the IT companies that suffered losses from the devaluation of the foreign currency to "receive oxygen in the form of a subsidy," and to gain time to be able to reorganize in such an environment of a strong devaluation of the Armenian dram.

To the question why the implementation of this project is being delayed, taking into account that the IT sector companies state that it was already delayed even in September, Kerobyan answered: "The amount of compensation is too big for the budget. It is estimated that it can be in the amount of 15-25 billion drams for several months. Since the amount is large, the seriousness of the decision is also large, and there is a need to properly weigh. We realize that the sector suffers not only from dram appreciation, but also from the global crisis in the IT sector. The world's largest companies are suffering huge losses. For example, Amazon has already lost $1 trillion. Yes, we wish it were faster, but there are procedures that need to be maintained. I believe it's already a matter of days."

The economy minister reminded that in 2004-2008, the IT sector disappeared in Armenia when the dram appreciated sharply, from 575 drams to 300 drams against one US dollar.

"Now we have not recovered the volumes that were in 2004. We are now doing everything to prevent a repeat of the situation that existed in the 2000s," he emphasized.

According to the project presented by the Ministry of Economy, IT companies in Armenia will receive income tax refunds from the state for the months of September to December, although the representatives of this sector claim that even this measure will not completely solve the problem.

In Armenia, in the last seven months of this year, four IT companies were liquidated, four more companies went bankrupt, the liquidation of 17 others is in progress, and 342 individual entrepreneurs were deregistered.

Deputy Prime Minister Mher Grigoryan had stated during the government-parliament question-and-answer session on November 16 that the matter of providing state support to IT companies with problems due to currency devaluation shall be resolved, but that he is personally against the legislative and fiscal changes.

"I don't know how the final discussion will end, but I am personally against the legislative changes that shall fulfill that adaptation function. And I am against the fiscal, too. Tax changes cannot be made, and fundamental legislative changes cannot be made in such cases. With the measure, I believe we will help and compensate the given loss—but with the right target," he had said.

On November 24, according to the government's decision, the provision of tax exemptions to start-up companies in the IT sector in Armenia was extended for another year.