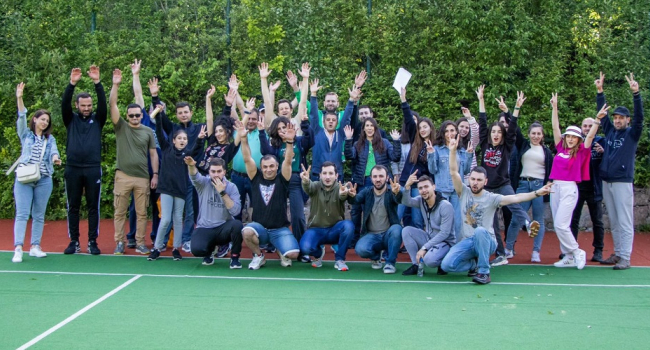 How Benivo started working with Google and mostly hires employees from Armenia?

If you search for information about Benivo on the Internet, you will quickly learn that it is an HR technology company based in the UK capital, London. What you won't immediately see on the first page of the search results is that most of the company's employees are in Armenia and its main products are developed here.

What's more, the company recently received a $12 million investment. This money will also be spent in Armenia and the company's staff will be increased by another 25 people.

How and why did the company decide to cooperate with the Armenian specialists? How many people are currently working on the company's project in Armenia and why are there many female programmers? And finally, what is the main secret of the company's success?

One day, about a decade ago, in a conversation with Google representatives, Nitzan Yudan, the founder-director of Benivo, learned that they badly needed a platform to help organize employee transfers and address some payment-related issues.

At the time, Yudan and his partners were working on a website that would compete with Airbnb, but even though they had $1.5 million in funding, their main competitor had 10 times that amount, so Yudan and his colleagues realized they didn't have much money.

But no one in the market was offering what Google representatives wanted. Yudan quickly makes a decision. He understands that they should start working on a new project.

Within a month they show the representatives of Google the first version of the platform, which solved all the problems before that. True, as Yudan admitted in an interview with NEWS.am Tech, it was the ugliest website one could imagine. Regardless, Google approves the platform and agrees to begin a long-term partnership with the new company.

The new company is called Benivo. Roughly, that's what the phrase "welcome" sounds like in eight languages. 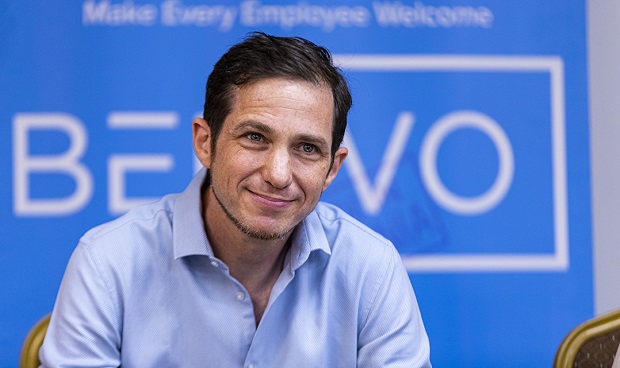 "The deal with Google taught me two important things. If the customer has a problem, they should be offered an effective solution to the problem. And if that solution really works, at first it may seem "ugly". Moreover, you may be "ugly" if you are the only one in the market. In our case, no one else offered Google the solution we had."

Today, Benivo provides services not only to Google but to 50 other major companies, including Mondelez, General Electric, Phillips 66, Unity, Wayfair, CGI, and others. The list of services the company offers to its partners has also increased.

According to Yudan, one of the managers of one of the world's largest companies recently asked him why his products were being developed in a small and little-known country, Armenia.

"For me, the answer was clear. We found a talented team here," Yudan says.

He says that seven years ago, when the company needed to actively develop, he, not finding enough programmers with the right skills in the United Kingdom, began looking for specialists in other countries: Ukraine, Israel, where he grew up, and China, where he already had several programmers. One day he met Yervand Sarkisyan, one of the partners of Granatus Ventures, with whom he had studied at London Business School. Hearing about Yudan's problems, he asked why the latter was not considering a fourth option, Armenia. Yudan knew almost nothing about Armenia at the time but decided to take an interest. 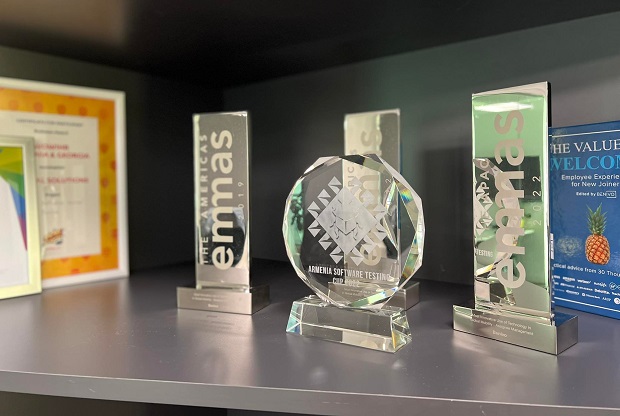 Soon he was interviewing 30 programmers from four countries. And among them, he chooses an Armenian specialist, a programmer named Gohar Aghababyan. Very soon he hired a second specialist from Armenia, Shushan Petrosyan. Both women, according to Yudan, are still with the company and today, seven years later, are in management positions. And the company has 50 employees in Armenia.

Benivo currently has about 100 employees, more than 50 of whom are in Armenia. The rest are located in the U.K., U.S., and India.

The company recently received a $12 million investment from American Updata Partners. According to Yudan, this money will be invested in Armenia, which will increase the staff by at least 25 people in the next six months. According to Yudan, the company's technologies are 100% produced in Armenia today. And developing your products in any country is fundamentally different from outsourcing.

"If a company turns to outsourcing, it can, of course, choose partners from any country: Armenia, Poland, Ukraine, etc., and cooperate with them. And if something does not work out, the company can cooperate with other partners from another country. But if a company develops its product in a certain country, it cannot just decide and transfer that product to another country," he explains.

According to Yudan, there are indeed many talented people in Armenia, and their work can help bring the country to the attention of international companies.

"We don't have positive discrimination, we just give people equal opportunities"

According to Yudan, most of his company's employees, including those doing technology work, are women. There are also many women among the managers.

However, this is not a result of positive discrimination.

"We choose employees only for their talent and knowledge. Gender, religion, race, sexual preference, and other factors do not play a role. We don't select women specifically, we just give equal opportunity to all people," he says.

In a very interesting study, he says, scientists found that men, unlike women, are three times more likely to respond to job announcements, even if they don't meet all the requirements. That's why Benivo started listing only the most basic, most important requirements in its job opportunities ads so that more applicants would apply. And the company chooses the best candidate from among them. And the best candidate can often be a woman who might not have applied for the job at all if there were too many requirements for the position. 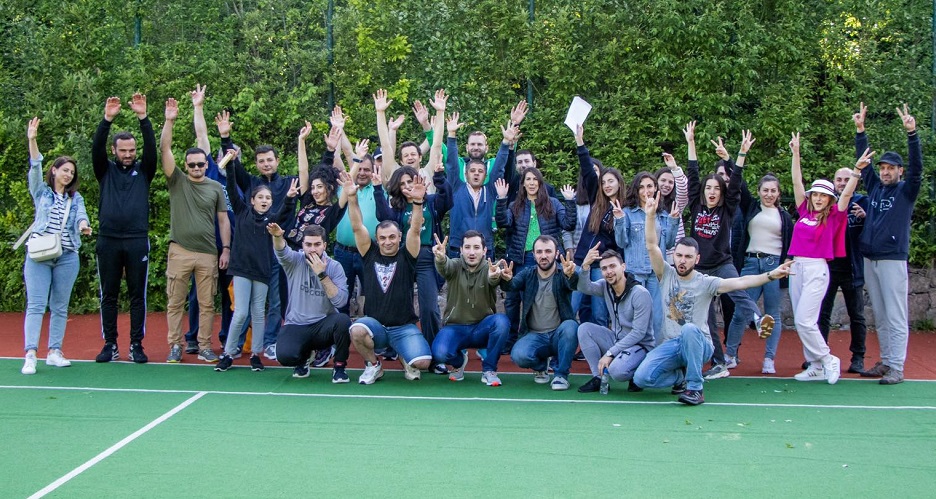 "A lot has changed in seven years in Yerevan.  Now there is no need to convince people to work in technology."

In 2015, when Nitzan Yudan first arrived in Armenia, it was difficult at the time to find a small office in Yerevan where four new Benivo employees could work together with colleagues from other companies.

“The secret to success? Of course, it's the people"

According to Yudan, the most important thing for any company is its employees. The secret to success is having good and talented employees.

"The right people open up a lot of opportunities for you. If you can get good people together, you can accomplish a lot," he says.