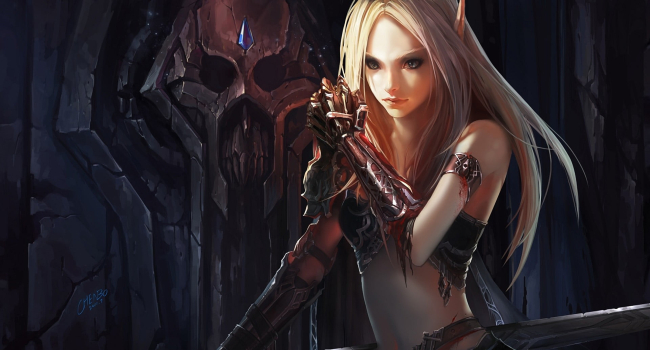 Beautiful, almost immortal creatures with pale skin, long hair, pointed ears, mysterious gaze and refined manners. This is the image that immediately arises in most of us when we hear about elves.

We have John R. R. Tolkien to thank for this image of elves: from his books the canonical image of these fantasy creatures was transferred to movies, TV series, anime, and games.

But in some games we can see quite different elves that have almost nothing in common with those described by Tolkien.

We don't see a single beautiful, lofty and "wondrous" elf in a shiny robe and with beautiful curls in the Witcher books or, even more so, in the games of this setting. Maybe they used to be different long before, but at the time of the books and games, elves are embittered, oppressed victims of racial prejudice and social injustice, a dying race, having lost its former greatness and trying to survive at any cost.

A vivid example of such an elf is Iorveth from The Witcher 2. The only thing left of his former beauty is a delicate tattoo on his neck. He has only one healthy eye, scars on his face, armor clearly from someone else's shoulder, and endless hatred for humans. 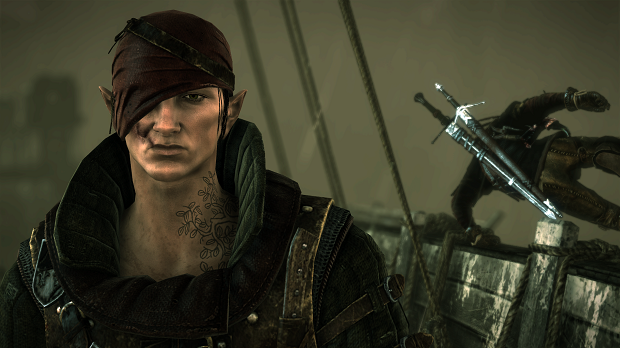 Unlike the elves of Middle-earth, the elves in Sapkowski's universe are not immortal, but they still live much longer than humans -- several hundred years. But even despite this, the race is on the brink of extinction, because very few children are born, and many young men and women die in battles for freedom and independence.

You can't play as an elf in any of the already released The Witcher games, but you can help some of them: in the first game Geralt can take the side of elf  Yaevinn and his squad, in the second - the side of the aforementioned Iorveth. However, it is possible that in the future CD Projekt RED will release a new game with a witch-doctor elf in the title role.

In the Dragon Age universe, elves, like their congeners from Sapkowski's world, cannot boast of a high position in society: those who do not live in the Dolan tribes are kept in special "Alienages" and considered third-rate members of society in every sense of the word. Elves can not join most legal organizations, including the Church, moreover, the law often turns a blind eye to their problems. In some kingdoms (in Tevinter, for example) keeping elves in slavery is still legal, moreover, such slaves are very popular, because they, despite their low social status, are considered attractive by many humans.

The situation with elves can be better understood and felt in Dragon Age Origins, where you can play as a city elf from such an "Alienage." Even outside of the place many people will not treat your character as an equal, and often they will take him for a servant or a slave. 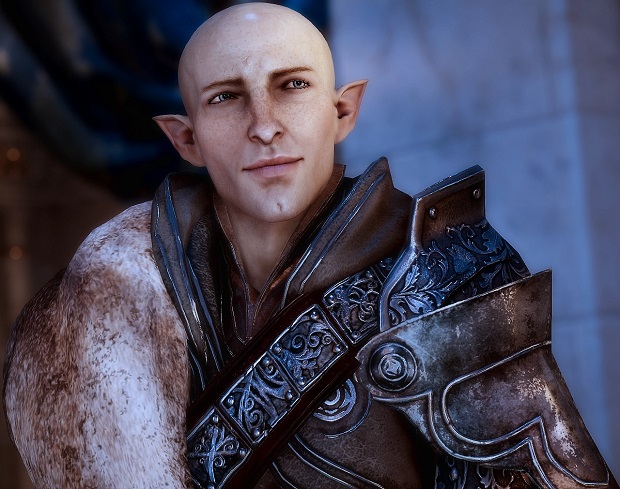 But even if you choose a character of another race, throughout all three games you will meet interesting elf characters, some of whom can become your allies or partners. These include the assassin Zevran from the first game, the former slave Fenris from the second, and the magician Solas from the third, who, by the way, turns out to be not exactly who we first thought he was, and who will become the main antagonist of the fourth game.

In the Forgotten Realms setting, the drow are a race of "evil" dark elves who live in a harsh matriarchal society in the Underdark and worship the evil goddess Lolth. The Drow usually have black, blue or purple skin, white hair, and red eyes that can see well in the dark.

The drow are considered distant relatives of "regular" elves, but they have little in common with them. Like elves in most other worlds, the drow are considered very beautiful. But only beautiful and healthy children without any flaws stay alive in their society, and women choose only the most handsome and strong men as their partners. 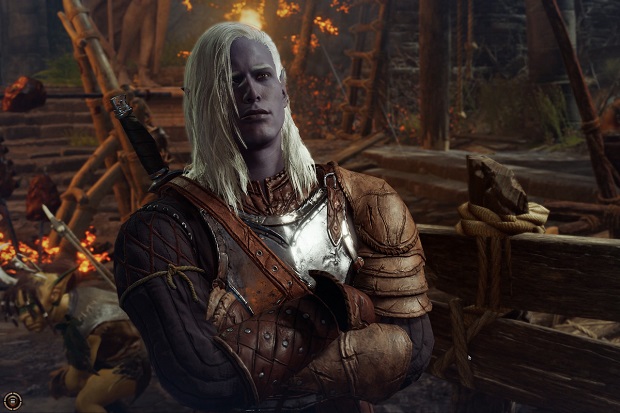 Drow elves owe their popularity to Forgotten Realms literature, primarily Robert Salvatore's books about the tracker Drizzt Do'Urden. In many games, including the first Baldur's Gate, you can find many interesting drow characters, but in most you can't play a character of this race.

Baldur's Gate 3 is one of the few games where you can not only play as a drow character, but even make this character really evil: even in the small part of the game that is available in the early access you can make a lot of pretty scary things. You can also collaborate with a rather interesting and evil female drow, regardless of your character's race, and even spend the night with her. But don't expect a touching cuddle in the morning.

2. Pathfinder Kingmaker/Wrath of the Righteous

The Pathfinder games feature "regular" elves, half elves, and drow. But in this world, unlike in Forgotten Realms, an elf is not born a drow, but becomes one. To do that, he has to do something bad enough for the demon lord to notice him.

Hopefully this wasn't a spoiler for anyone, because in Wrath of the Righteous there's a whole quest -- though a side quest -- that uses the example of one particular woman to tell us about the origins of the drow in this universe. 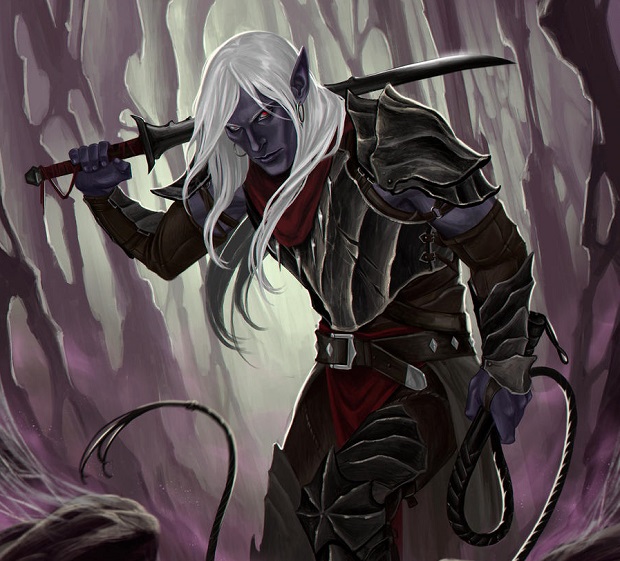 That said, the player character himself, alas, cannot become a drow, no matter what he does. Though, certain decisions and the choice of certain mythical paths can cause his skin to darken.

There are some mods for Pathfinder that allow you to play as a drow character, but since this option was not originally designed into the game, other characters will not treat you the way they would if you were a real drow.

We can't rule out that in future Pathfinder games the developers will introduce drow characters as well, especially since many players are asking for it in forums and communities. In the meantime, you can play Kingmaker and Wrath of the Righteous, because they have a lot to offer -- and a lot of unusual races even without the drow.

In the Divinity Original Sin universe, the elves are cannibals. By eating the flesh of sentient beings, they gain a piece of their memories.

In the game this is implemented in a rather interesting way: if you play as an elf character (or take Sebille into your team), you can get a lot of information -- and even some new skills -- by eating the remains. There's no shortage of arms, legs, torsos, and heads lying around throughout the game, and your character can eat them all -- if you're ok with this. Well, occasionally you'll have to hear accusations of cannibalism from other characters. 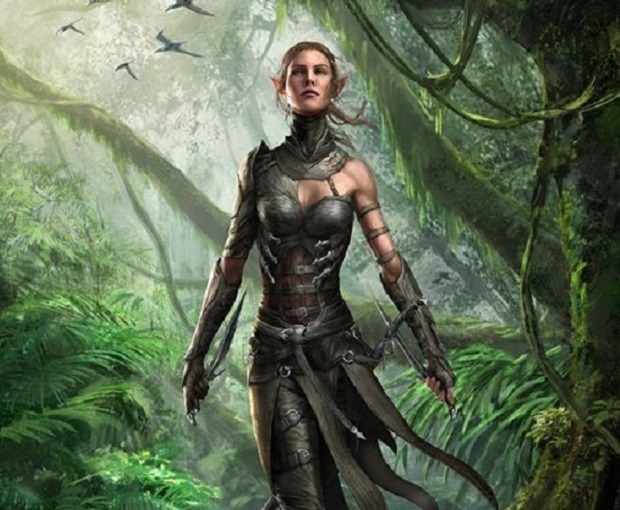 During the game you can get to know more about the elves and their culture, and your choices will even influence the future of this race to some extent. The elves in this universe are not immortal -- after death they turn into trees that are believed to keep the soul and memory of the dead, and other elves can communicate with them. That's why forests and trees are so important for members of this race -- they are not only home, but also history and memory. And that's why what happened during the war with Black Ring was so horrible: together with their enemies' army the deathfog, a deadly weapon, destroyed the elven capital and the majority of elven forests.