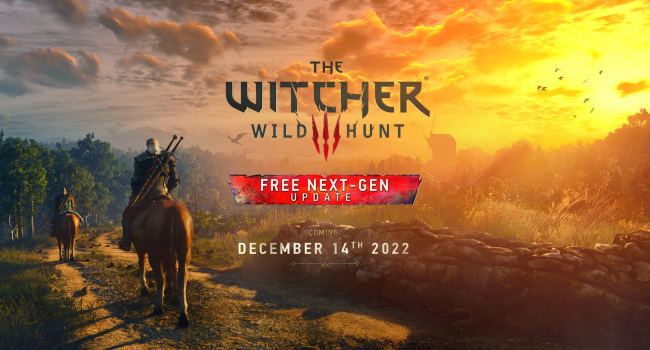 Trailer and gameplay for improved version of 'The Witcher 3: Wild Hunt': What is changed in one of best games in world?

The Witcher 3: Wild Hunt, considered one of the best games in the world, will soon become even better: the Polish studio CD Projekt RED is working on an updated version of the game, in which are expected "dozens of visual and technical improvements", faster downloads on consoles, as well as content based on the series from Netflix.

An improved version of the game will be released on December 14. For now, a fresh trailer is available to watch:

What to expect in the improved version of The Witcher 3: Wild Hunt?

In the improved PC version we were promised graphical improvements, including global illumination with raytracing, reflections in the screen space for all surfaces, as well as graphics settings "Ultra +" and intelligent scaling (FSR, DLSS).

On the console versions are also expected to improve the quality of graphics (closer to "Ultra"), support for tactile feedback and adaptive triggers on PS5, as well as two modes of operation:

The new version of the game also promises to add a photo mode, a camera from behind the hero's shoulder, quick access to characters (on both the keyboard and gamepad), and the ability to hide question marks on the mini-map. Also expected to improve the graphics - leaves, grass, clouds and monsters will become even more beautiful and realistic. Although, to be fair, it is worth noting that the original version of the game still looks more than decent, although it has been more than 7 years since its release.

According to the players' requests, improved version of The Witcher 3: Wild Hunt will also feature:

As for the promised content based on the series from Netflix, it will include:

The improved version of The Witcher 3: Wild Hunt will be released on December 14 on PC, PS5, Xbox Series X and S as a free update for those who already have the original game. The new version will also include the story addons Hearts of Stone and Blood and Wine.

The first The Witcher game will also be re-released

CD Projekt RED is also working on a remake of its debut game, the first in the The Witcher series, which was released back in 2007. Within the project, code-named Canis Majoris the game will be completely remade and transferred from the Aurora engine from BioWare to the Unreal Engine 5.

Will the changes affect only the game's graphics or the gameplay and storyline, too - is still unknown. There is no data on when to expect the release of the updated version.

Many fans of the series of games about the witch Geralt would like to see an updated version of the second game, The Witcher 2: Assassins of Kings, which has been undeservedly ignored lately.