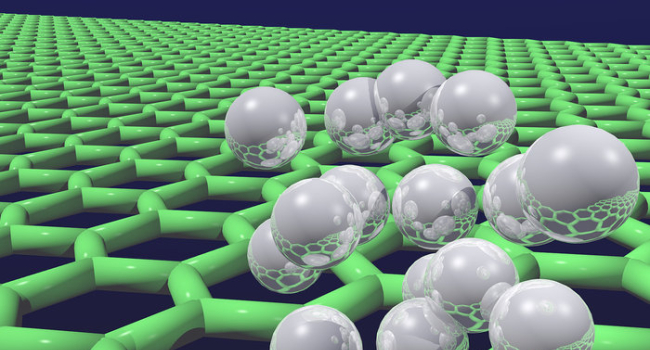 Scientists synthesize graphene ferromagnetically: Where can it be applied?

Physicists at St. Petersburg State University, together with their foreign colleagues, have created the world's first two-dimensional ferromagnetism in graphene, which opens up opportunities for the development of electronics in the future, the university's press service told the Russian news agency TASS.

Graphene is a two-dimensional modification of carbon, the lightest and strongest of the existing two-dimensional materials with high electrical conductivity. It can be used in the construction of batteries, mobile device screens, memory chips and cooling systems of electronic systems.

"Scientists at St. Petersburg University, together with foreign partners, have synthesized graphene in a ferromagnetic way for the first time in the world... The use of the obtained magnetic state of graphene can become the basis of a new approach to electronics, increasing its energy efficiency and speed when developing devices using alternative technologies without the use of silicon," the university said in a statement.

In 2018, scientists of St. Petersburg State University, Tomsk State University together with foreign colleagues for the first time modified graphene, endowing it with the properties of cobalt and gold. As part of the new project, specialists have given graphene a unique state in which the material is magnetized in the absence of an external magnetic layer. To do this, the physicists used a substrate of a thin layer of cobalt and an alloy of gold on its surface.

"This is an important discovery because all electronics are now rechargeable and emit heat when an electric current passes through it. Our research will make it possible in the future to transmit information in the form of eddy currents. This is a new generation of electronics, it has a fundamentally different logic and a new approach to developing technologies that reduce energy consumption and increase the speed of information transfer," said Artem Rybkin, the head of the research, a leading researcher at the Laboratory of Rotating Structures of Electronic and Nanosystems of St. Petersburg State University.