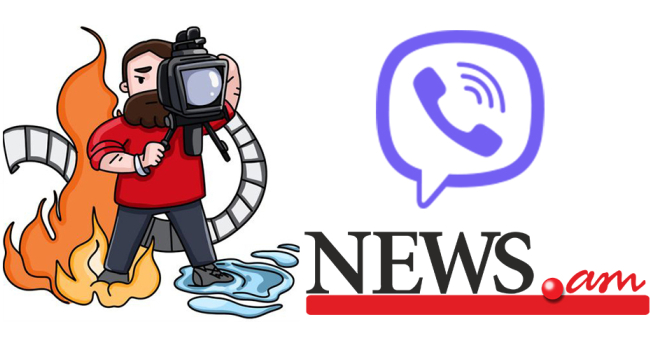 Being a journalist is cool: NEWS.am has released an original set of stickers for Viber

In the summer of 2022, NEWS.am news agency was one of the first media outlets in Armenia to open an official channel in the Viber messenger. The channel exceeded all expectations having now over 40,000 subscribers, while the audience engagement is quite high, and the channel itself works with high conversion.

Now the cooperation between NEWS.am and Viber is reaching a new level. For the first time in Armenia, the news agency releases an exclusive sticker pack in Viber, consisting of eight stickers, which depict various situations and funny moments from the life of media and journalists. 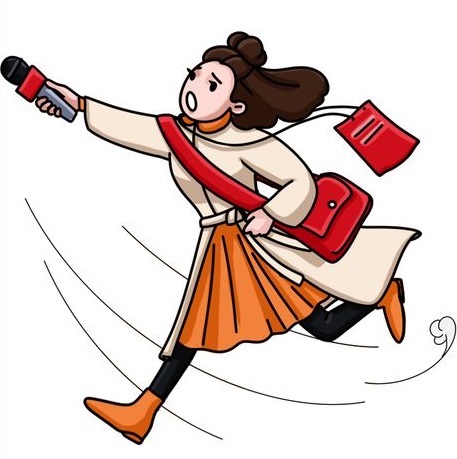 The most interesting news - directly in Viber

Recently, instant messengers and social networks have practically become mass media. Many users today visit the websites of information agencies, watch TV and listen to the radio less, they prefer to read the news and receive other information directly in messengers.

And many instant messengers already give them this opportunity. This year, Viber has a useful update - channels through which the media can communicate more directly with their audience, better understand their interests and receive feedback. Users can also find their content on the channel and still maintain their privacy.

Viber is one of the most downloaded messengers in Armenia, and this is one of the reasons that prompted NEWS.am to create its own channel in this messenger. As Sasun Khachatryan, one of the NEWS.am editors, said, the channel is very popular today thanks to the fact that the editors managing this channel are very responsible in selecting materials to publish there. Basically, the channel's feed includes entertainment materials that are interesting for the Viber audience, articles about new technologies, science and the gaming industry, including content from the NEWS.am Tech project.

The life of journalists in NEWS.am’s new stickers

Now the Viber messenger has an exclusive sticker pack from NEWS.am, which diversifies communication with the audience. Stickers are dedicated to funny moments in the lives of people who work day and night to provide readers and viewers with fresh and reliable information. The media themselves will see many familiar situations.

BREAKING NEWS sticker, for example, presents the reporter, who was in a hurry to go on the air and did not have time to fully dress. Here he appears in front of you in a jacket and tie, all so serious, and behind the scenes he can be in shorts and slippers with bunnies.  And now you will surely remember this sticker every time you see the announcer on the air. 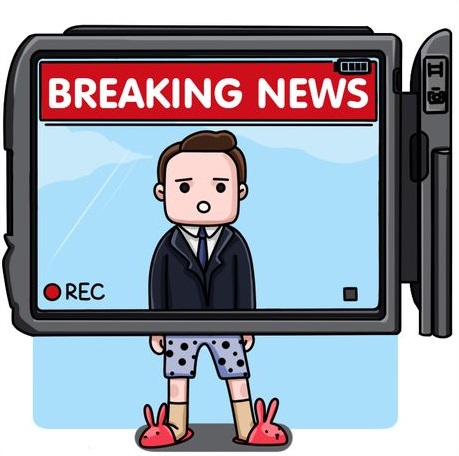 On the other sticker, the presenter is preparing for the broadcast, and he clearly has more time left than his colleague with the sticker above. While he is getting his make-up and hair done, he looks through the materials that he will be reading live. 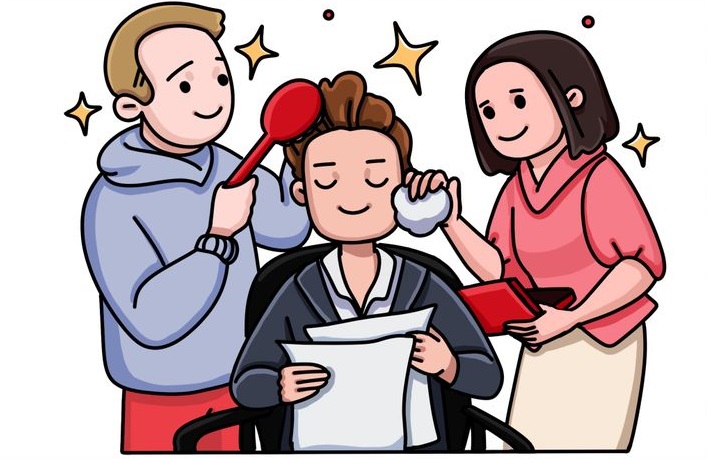 Cameramen and photographers who sometimes have to work in extreme situations are also shown in the stickers. Hanging from a tree and holding onto it with one hand so as not to fall, the photographer is trying to take a picture. Perhaps not all of our photographers had to climb trees, but many of them have hung on balconies and rooftops more than once. 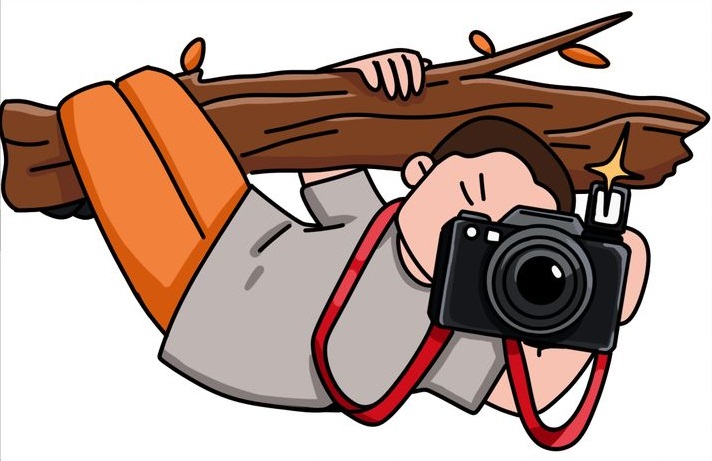 Sometimes cameramen have to work with one foot in the fire, the other one in the water. Surely any cameraman who has worked in the media for at least a few days, especially in Armenia, will understand this sticker. 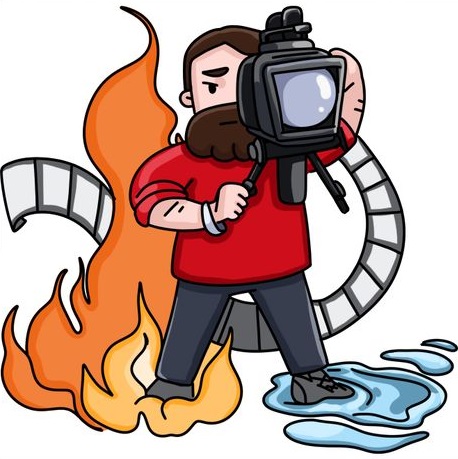 The stickers also featured public figures and experts giving interviews to journalists. Sometimes there are so many questions that the interviewer's eyes run wide in every sense of the word. 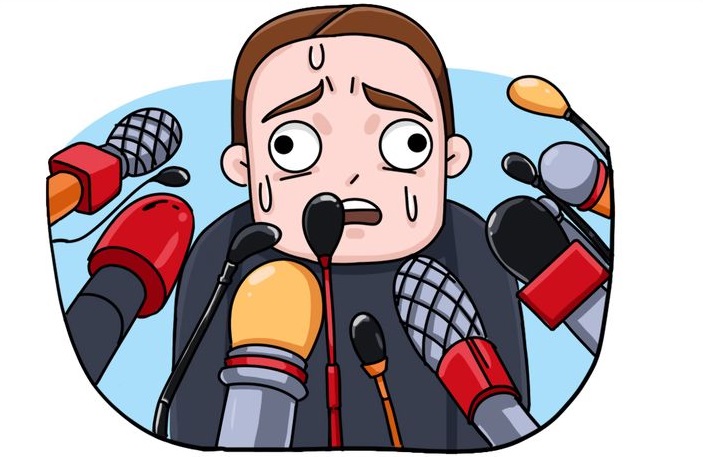 Another potential interlocutor is trying to escape from journalists, who obviously have a lot of questions for him. This situation is also painfully familiar to most journalists and cameramen in Armenia, as well as to many public people. 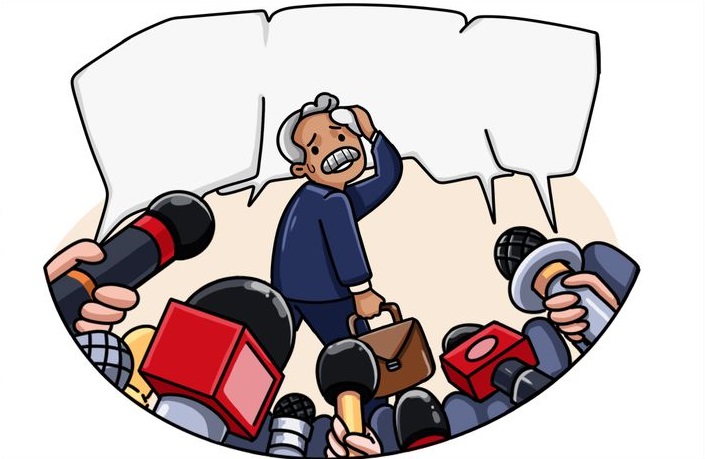 These and other stickers illustrating the complex and fun aspects of media's everyday life can be downloaded on Viber for free. 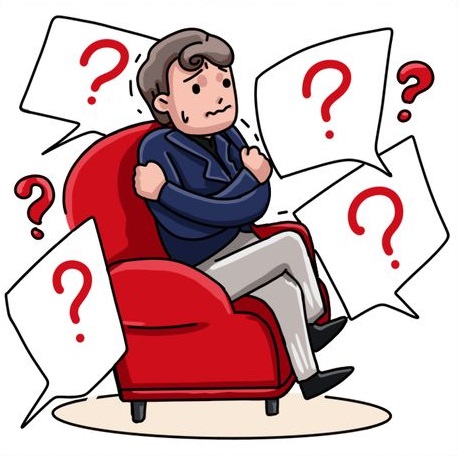