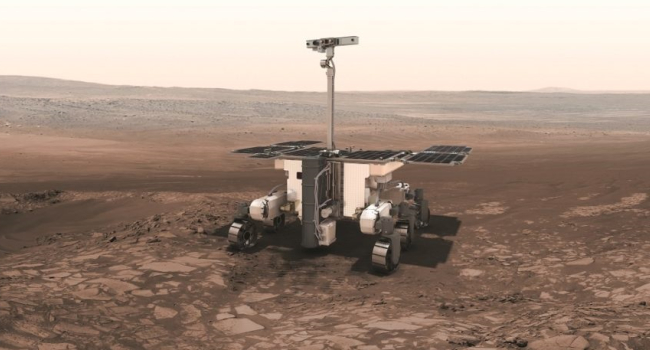 ESA plans to exclude Russia from ExoMars mission to explore Mars, to implement it with US

The European Space Agency (ESA) intends to replace the Russian components of the ExoMars research mission to Mars and is looking for options. The agency also expects to carry out the mission in cooperation with US partners.

According to the head of the agency, Josef Aschbacher, negotiations with "American friends" to work together on the implementation of this space flight are currently ongoing.

"We have found a positive way forward," Aschbacher said. "Europe will take responsibility, and a majority of the work will be done with European technology."

ExoMars is a Mars exploration project within the framework of cooperation between ESA and Russia’s space agency Roscosmos. The main goal of the project is to search for evidence of life on Mars in the past and present.

As part of this program, the ExoMars 2016 automatically controlled interplanetary station was launched. And the ExoMars 2022 was planned to be launched this year.

However, on March 17, amid the Russian-Ukrainian events, ESA suspended the implementation of this project, and on July 12, it completely stopped its implementation.

Russia is left out of mission

As the Russian TASS news agency informs, Roscosmos general director Yuri Borisov said that the ESA has completely refused to cooperate with Russia within the framework of the Mars exploration program. In his opinion, neither the scientific community of Europe nor of Russia will benefit from such a move.

As the Roscosmos representatives noted for their part, Russia can implement its part of the project at the national level, or with the engagement of partners from friendly countries.

It is believed that without Russia's participation in the program, the launch of the Mars rover within the scope of this mission will hardly be possible until 2028. Experts do not rule out that the new landing platform for the Mars rover may be ready for launch in 2026—but this is extremely unlikely.