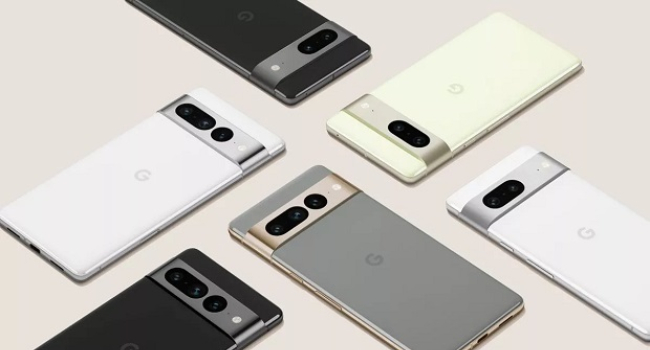 Pixel 7 specs hit web: what do we know about them?

Google plans to launch the Pixel 7 series of smartphones on October 6, but most of their specifications are already known. Recently, the Telegram channel Google News published a list of alleged specs for the Pixel 7 series, which were found on the website of a Taiwanese carrier.

In the list you can see both new and previously leaked data about the new smartphones. 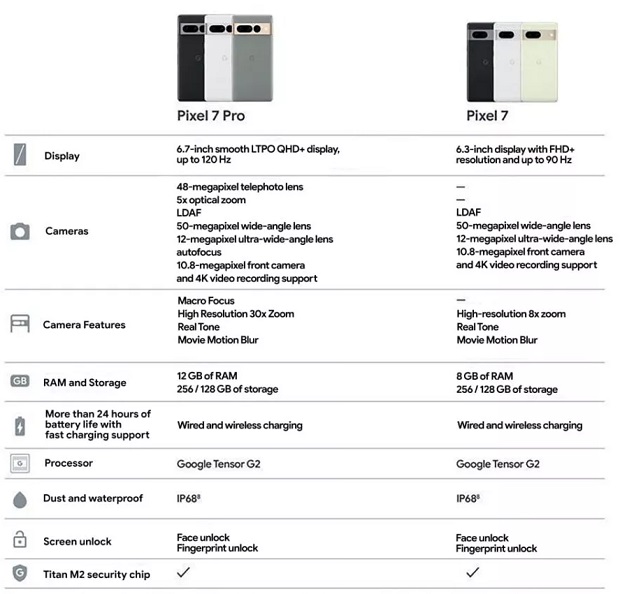 It looks like both phones in the Pixel 7 series will have:

The Pixel 7 Pro will get a large 6.7-inch QHD+ OLED screen (LTPO, 120 Hz), 12GB of RAM, a 48-megapixel telephoto lens camera and an autofocus super-wide-angle camera.

By comparison, the standard Pixel 7 appears to get a 6.3-inch FHD+ OLED screen (90 Hz), 8GB of RAM and an ultra-wide-angle rear camera with fixed focus, but no telephoto lens.

The Pixel 6 Pro had a 48-megapixel camera with 4x periscope zoom and 20x hybrid zoom. 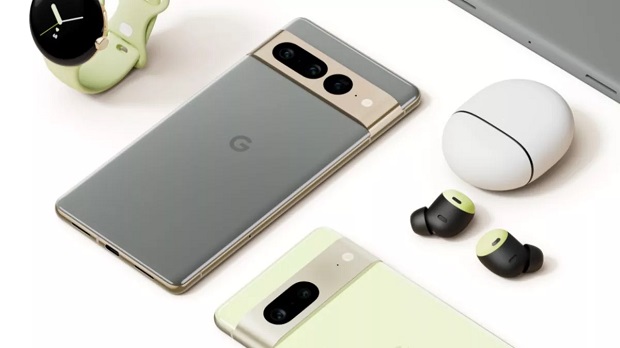 The manufacturer promises that the battery will last 24 hours and that both smartphones will come with support for fast wired and wireless charging. However, experts believe that charging speeds are unlikely to actually increase compared to the Pixel 6 (which, by the way, actually charged slower than promised).

And this is clearly bad news, because fast charging is expected to be one of the important features of smartphones in 2023.