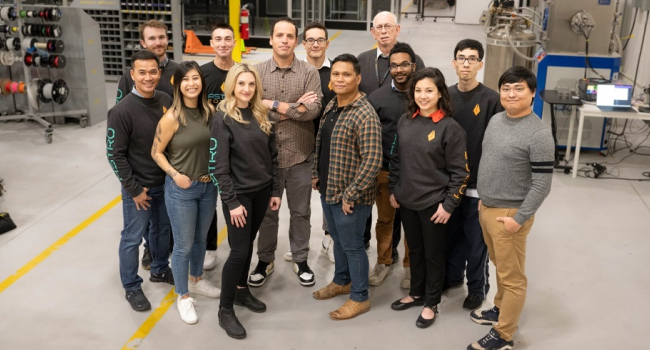 Mining on asteroids may soon become reality: First missions are planned for 2023

Mining on asteroids could become a reality very soon. This year, startup AstroForge plans to launch the first two missions to mine rare metals in space.

According to Techcrunch.com, the startup's first mission will launch in April with SpaceX's Transporter-7. The CubeSat 6U satellite, provided by space technology company OrbAstro, will be loaded with a test sample of asteroid-like ore. The purpose of the mission is to test how well AstroForge can refine and process minerals in condition of zero gravity.

The second mission will send the company into space to collect data on the surface of a previously discovered near-Earth asteroid from which the company hopes to extract resources later this decade.

The spacecraft will be launched into space on a SpaceX rocket with a lunar landing module built by another space startup, Intuitive Machines. According to AstroForge, the 100-kilogram spacecraft will orbit the moon, from there to the desired asteroid.

Last May, AstroForge, of Huntington Beach, California, announced it had raised $13 million in seed funding through Initialized Capital. The funds raised were used to develop asteroid mining technology.

The company plans to extract and process platinum group metals from asteroids in the future, which will help reduce the cost of obtaining them (from $30 to $1.5 per gram) and the carbon dioxide emissions caused by mining and processing rare-earth elements on Earth.

"We do our refining on site, so we are refining on the asteroid itself. We are not bringing back the material back to Earth to do refining," explained AstroForge CEO Matthew Gialich.

The largest amount of material ever taken from an asteroid was 250 grams. Now that cargo is returning to Earth as part of NASA's OSIRIS-REx mission. It is expected to arrive on September 24, 2023.

Previous plans to mine minerals on asteroids have failed

Several years ago, experts had already carried out several missions to mine minerals on asteroids, but none of them were successful.

About 10 years ago, two major companies were formed, Planetary Resources and Deep Space Industries, which wanted to engage in mining on asteroids. However, they never got around to sending missions into space, and eventually both went bankrupt.

According to Gjalic, AstroForge has learned from the failures of these companies.

"I  believe that the biggest difference between us and those two companies is the progress we've made in the last 10-15 years. We can now buy a rideshare mission to the moon" he said.