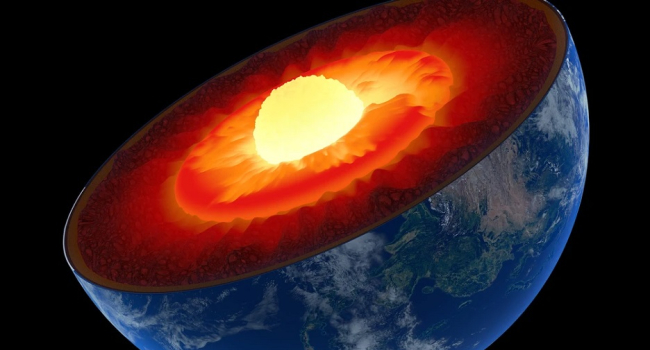 Earth's core stops, may start rotating in opposite direction: Dangerous?

The Earth's core has stopped rotating and may soon start rotating in the opposite direction, Chinese scientists at the SinoProbe Laboratory and Institute of Theoretical and Applied Geophysics of the School of Earth and Space Sciences of Peking University in Beijing, China have found out.

For many, this news may remind the plot of the 2003 movie "The Core." But there's really no reason to worry, and you don't have to wait for the apocalypse. As the scientists explain, the periodic change in the direction of the rotation of our planet's core is a normal part of its "behavior" and does not pose a threat to life on Earth.

As Vice explains, Earth's inner core is a ball of solid metal about 75 percent the size of the Moon. This sphere is located within the planet's liquid outer core, 3,000 miles below the earth's surface, and can spin at different speeds and in different directions.

The core of Earth is very hot, almost like the surface of the Sun. But for obvious reasons, it is difficult to study, and therefore not much is known about it yet.

But it is known that the Earth’s core plays an important role in many processes that keep the planet in a state conducive to life; for example, in the formation of a magnetic field, thanks to which a protective film is created that prevents the penetration of harmful radiation into the Earth's surface.

It should be noted that the first more or less convincing data about the variable rotation speed of the Earth's inner core were obtained in the 1990s. True, not all scientists agree with this theory, but it also has many supporters.

According to Chinese scientists, the Earth's core stops and changes direction in a periodic cycle that lasts 60-70 years. This discovery, if confirmed once and for all, could end long-standing mysteries about climate and geological phenomena that occur on similar timescales and impact life on our planet.

Peking University SinoProbe Laboratory scientists Yi Yang and Xiaodong Song, who study the depths of Earth using seismic waves from earthquakes, have published a scientific article in the journal Nature Geoscience in which they note that the core of our planet has almost stopped rotating in the last decade. According to them, the last time such a thing happened was in the early 1970s, after which the nucleus changed its direction of rotation.

“The other is gravity force. The mantle and inner core are both highly heterogeneous, so the gravity between their structures tends to drag the inner core to the position of gravitational equilibrium, so called gravitational coupling.

“If the two forces are not balanced out, the inner core will accelerate or decelerate,” they added. “Both the magnetic field and the Earth’s rotation have a strong periodicity of 60-70 years. We believe that the proposed 70-year oscillation of the inner core is driven by the electromagnetic and gravitational forces.”