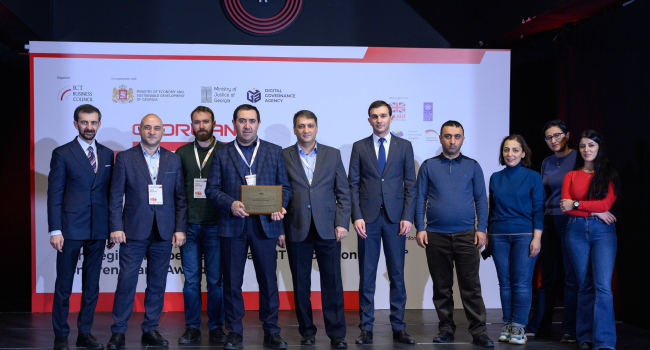 IT solutions of 2 Armenian state departments win award in Georgia

Two IT solutions implemented in Armenian government agencies received awards at the 12th annual regional IT and innovation event in Georgia, which took place on December 1-2 in Tbilisi.

The electronic inquiry portal e-request.am of the Department of E-Government Infrastructure Implementation was declared the winner in the nomination "E-Government Service with the widest application."

The e-VAT system of the State Revenue Committee was announced the winner in the nomination "The most successful infrastructure solution."

The Armenian delegation was composed of the representatives of the Armenian Ministry of Justice, Ministry of High Technologies Industry, National Center for Entrepreneurship and Innovation of the Ministry of Economy and the Department of Introduction of Electronic Governance Infrastructure (CJSC "EKENG").

The representative of the Armenian Embassy in Georgia Avetik Harutyunyan also attended the award ceremony, welcoming the Armenian delegation and stressing the importance of deepening cooperation between Armenia and Georgia in the field of digital economy and regional projects, infrastructure design and construction. and innovation.

The annual regional IT and innovation event in Georgia is being held since 2008.