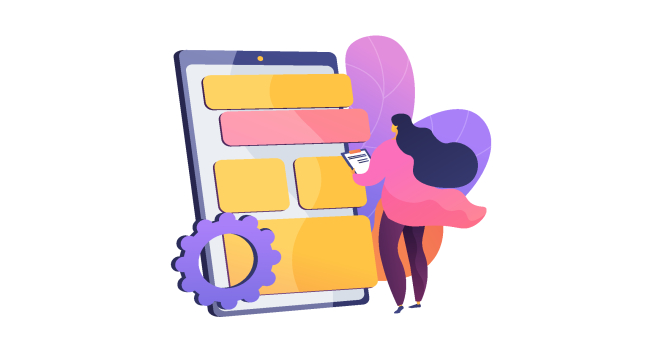 Mobile application developers are IT professionals who create software applications for mobile devices (smartphones, tablets, smartwatches, etc.). In addition to programming skills, they should have some knowledge of website design and business logic. App developers generally specialize in working with a particular operating platform (Android, iOS, Windows, etc.), thus adding another component to their profession's name, such as mobile app development for Android.

Android is the operating system created by the Google company, and it is implemented in the majority—about 70 percent—of smartphones: Samsung, Sony, Google, Huawei, Asus, etc. Android developers develop applications that are used in smartphones of the above brands.

iOS is an abbreviation of "iPhone OS" or "iPhone Operating System," which means "iPhone operating system." It works on Apple mobile devices: iPhone and iPad. iOS developers create applications for such devices.

The following professional skills and qualities are important for app developers:

You can become a specialist both academically—by receiving higher education and by participating in various courses—and by self-education, and like most IT disciplines, there are three levels of professional growth: junior, middle, and senior.

This profession in Armenia

The specialty of developing mobile applications is also quite in demand in Armenia, where there is also a significant push by companies to have their own mobile applications. The monthly salary of such specialists in the Armenian market starts from 200 thousand drams and, according to the data of the Glassdoor platform, reaches up to 12 million drams.