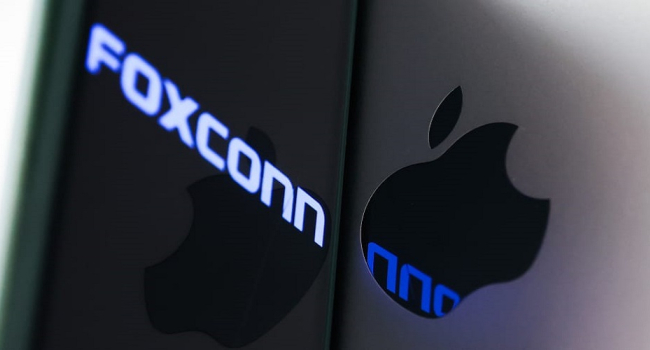 Foxconn revenue down 29% in November: When will plant restore production of iPhone 14 Pro?

Problems at the Foxconn plant in Zhengzhou, China, in October and November this year expectedly affected the company's financial performance. The impact of the pandemic on the company's operations was at its peak in November, according to Foxconn representatives.

In November the company's revenues fell by 29% compared to October, down to $18.05 billion. In annual comparison the fall reached 11%, even though in September and October revenues grew by more than 40% compared to the same periods last year.

Not only the Zhengzhou events but also a seasonal decline in demand for the company's services influenced the revenue decline in November, CNBC says. Although the pre-holiday sales period has just begun in the consumer market, preparations for the period and production of enough products are already coming to an end.

Foxconn manufactured most of the iPhone smartphones, so the problems at the plant had a serious impact on Apple's operations. According to various estimates, Apple's iPhone 14 Pro and iPhone 14 Pro Max shipments could drop by 15-20 million this quarter. Foxconn has partially managed to offset the drop in iPhone production both by shifting orders to other sites, including Pegatron and Luxshare, and by hiring new employees to replace those laid off from Foxconn.

Now Foxconn is gradually moving toward restoring normal operations. According to Reuters, by early January the company plans to achieve this goal and fully restore the largest production of the iPhone 14 Pro.