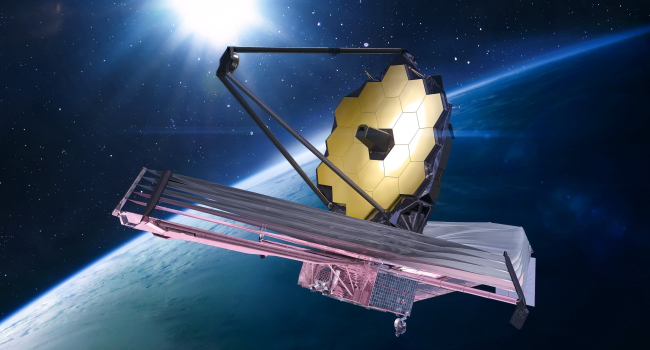 Why does Artemis 1 mission interfere with James Webb Telescope?

NASA's unmanned Artemis 1 mission provides scientists with important data needed to send astronauts to the moon in the coming years, but has a negative impact on many other NASA projects. For example, the mission has caused difficulties with communications with the James Webb Space Telescope.

According to Space.com, communication between ground stations and spacecraft is provided by the Deep Space Network system. Its ground-based part includes 14 antennas located in California, Spain and Australia. The problem is that the capacity of this network is limited, and it is difficult for specialists to communicate with all of the agency's devices in space. And Artemis 1 has only worsened that problem, although some Deep Space Network antennas were upgraded before the launch of the lunar mission and two new antennas were added in 2021 in January and 2022 in March.

Speaking at a meeting of the U.S. National Academy of Sciences' Council on Physics and Astronomy, Mercedes Lopez-Morales, chairman of the James Webb Space Telescope Users Committee, said she and her colleagues were told back in the summer that when the Artemis 1 mission launches, it will almost entirely use Deep Space Network, since specialists must track the Orion spacecraft.

The 25-day Artemis 1 mission was successfully launched Nov. 16, with the Orion spacecraft launching several dummies equipped with sensors to measure radiation and other factors that could affect astronauts during future lunar health missions instead of astronauts this time.

Now the mission is almost complete. Orion left lunar orbit a few days ago and is already returning to Earth. However, while the spacecraft is in flight in low Earth orbit, operators continue to communicate with it via the Deep Space Network. As a result, both James Webb and many other missions and projects have been sidelined.

Thus, according to Lopez-Morales, during the entire mission, communication with the James Webb telescope could be missing for up to 80 hours. On the one hand, this is not such a serious problem, as scientists working with this telescope usually send it commands once a week. On the other hand, for the observatory to work to its full potential, it needs to be able to send data back to Earth and do so before the memory of its SSD disk, which can only hold 68GB of information, is full. And scientists have already run into problems because the telescope has long been unable to send data back to Earth.

In this situation, experts at the Maryland Space Telescope Science Institute, where James Webb and Hubble are in charge, had to change the schedule of James Webb's observations; now it gives priority to short operations, creating small packages of data that barely fill the telescope SSD storage, before it sends them back to Earth via the Deep Space Network.

These changes are temporary, but scientists working with the telescope are concerned that other Artemis missions are planned in the near future, which will also interfere with their work. So scientists are asking NASA right now to start taking steps to find an alternative solution to break the so-called "communication impasse," otherwise it will be very difficult for everyone in 2024 and especially in 2025, when astronauts will already be flying to the moon.