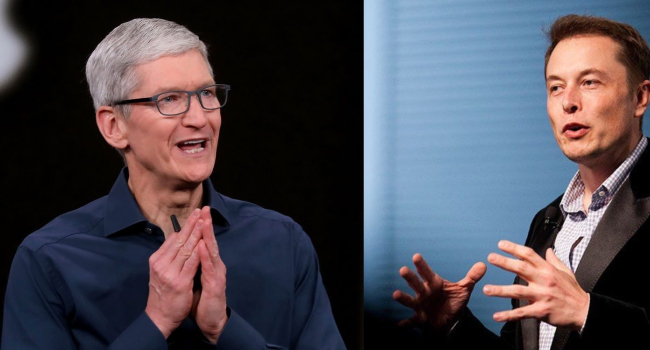 Twitter owner Elon Musk and Apple CEO Tim Cook have met. Musk visited Apple headquarters, talked with Cook, and they put an end to the "misunderstanding" that Apple might remove the Twitter app from its App Store.

"Good conversation. Among other things, we resolved the misunderstanding about Twitter potentially being removed from the App Store. Tim was clear that Apple never considered doing so," Musk wrote on Twitter, also thanking Cook for arranging a tour of the company's office for him.

Musk recently had made a series of angry posts on Twitter, in which he had talked about the strained relations between Twitter and Apple. He had noted that Apple has effectively stopped buying ads on Twitter and even wanted to remove the Twitter app from its App Store—and without giving reasons.

Amid the events taking place on the network, many people started saying that Musk can create his own smartphone that will compete with the iPhone. They even suggested the name of this smartphone: TeslaPhone.

Recently, Twitter has been having trouble not only with Apple, but also with some other advertisers. As a result, the ad business of this social media platform, which has annual ad revenue of $5 billion, has begun to suffer losses. General Motors, Volkswagen, Carlsberg, and several other companies have stopped their ad campaigns on Twitter.

Many experts claim that the reason for all these problems is Elon Musk's unpredictable behavior and his conflicts with advertisers, and not the considerable reduction of Twitter staff and the resulting technical problems at this social media platform.