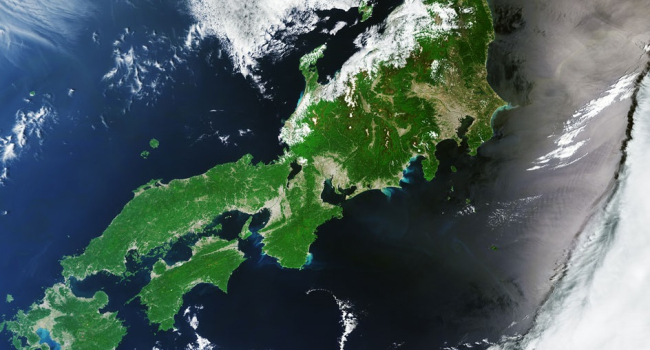 Japanese authorities plan to build and launch 50 small optical and radar satellites to orbit to monitor military targets. This satellite launch program is scheduled to begin in fiscal year 2024, running from April 1, 2024 to March 31, 2025.

As reported by the Japanese newspaper Yomiuri Shimbun, optical satellites can take high-quality photos and videos from the earth's surface during the day in good weather. Their main purpose, as already mentioned, will be military facilities and their movements. And the second type of satellites can take radar photos, regardless of the time of day and weather conditions.

Japan's defense ministry is working also on a network that enables to detect Russian- and Chinese-made hypersonic weapons. However, due to difficulties with the production of infrared sensors, the first test apparatus is unlikely to be launched before 2027.

Recently, many other countries also have been actively launching satellites, including military ones, into space.

For example, SpaceX recently launched the super heavy Falcon Heavy, which is considered the most powerful rocket in the world. It most likely launched US military satellites into space. But since information about the Falcon Heavy's payload is kept secret, one can only guess about its specifications and purpose.

India also recently launched a rocket that carried along nine satellites into orbit.

In August, Iran launched its Khayyam satellite into orbit. The images taken by this satellite are intended to be used for monitoring Iran's borders, as well as improving management and planning capabilities in domains such as agriculture, natural resources, environmental issues, mining, and natural disasters. Iran plans to send another satellite, named Nahid, into space in the near future—by March 20, 2023.

Armenia also launched a satellite on May 25 of this year, and it is already ready for operation. The control center of this satellite will be located in Armenia, whereas other countries will not participate in the running of this satellite.

Moreover, it is planned to launch a second Armenian satellite into space; but which, unlike the first one, will be Armenian-made.